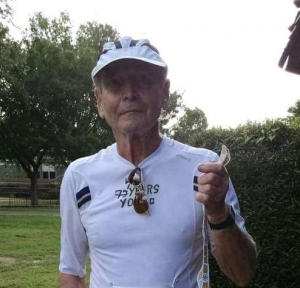 William “Billy” Whittington, age 76 of Grand Ridge, Florida, went home to be with the Lord on July 7, 2021 at his residence.

Billy was born on July 15, 1944 to Jay Whittington and Corene Albritton. He served his country proudly in the United States Army and later worked as a technician for Bellsouth for 36 years. He enjoyed running and golf. He was very passionate about running and it was evident; he ran his last 5K a few weeks before having cancer surgery in Birmingham. Billy relocated from Chipley to Grand Ridge as his health declined and moved in with his son. His battle with cancer was fought until the end. Billy was a member of Shiloh Baptist Church in Chipley, Florida; but, he attended United Believers Worship Center in Grand Ridge after relocating to live with his son. To know him was to love him, and he will be sorely missed by all.

Funeral services will be held at 11AM on Friday, July 9, 2021 at United Believers Worship Center in Grand Ridge with Rev. Kelvin Johnson officiating. Interment will follow the service at Shiloh Baptist Cemetery in Chipley, Florida. Obert Funeral Home of Chipley, Florida, directing.

The family will receive friends for visitation one-hour prior to the service at the church.