The Chipley Police Department received several tips on June 23 regarding possible narcotics being stored in a vehicle on City of Chipley property.

Officers and a K-9 unit responded to the area and conducted a K-9 sniff of a row of cars on the property. 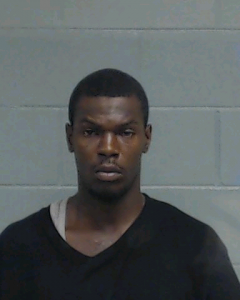 Following an alert for the odor of narcotics, officers contacted the vehicle owner, identified as Johnaterris Smith, 22, of Campbellton. Officers explained the situation to Smith and conducted a probable cause search of his vehicle. The search revealed the presence of marijuana and a loaded handgun inside the vehicle.

A records search discovered that Smith was a convicted felon and currently on state probation for weapons and drug charges. He was placed under arrest and transported to the Washington County Jail where he was booked on: