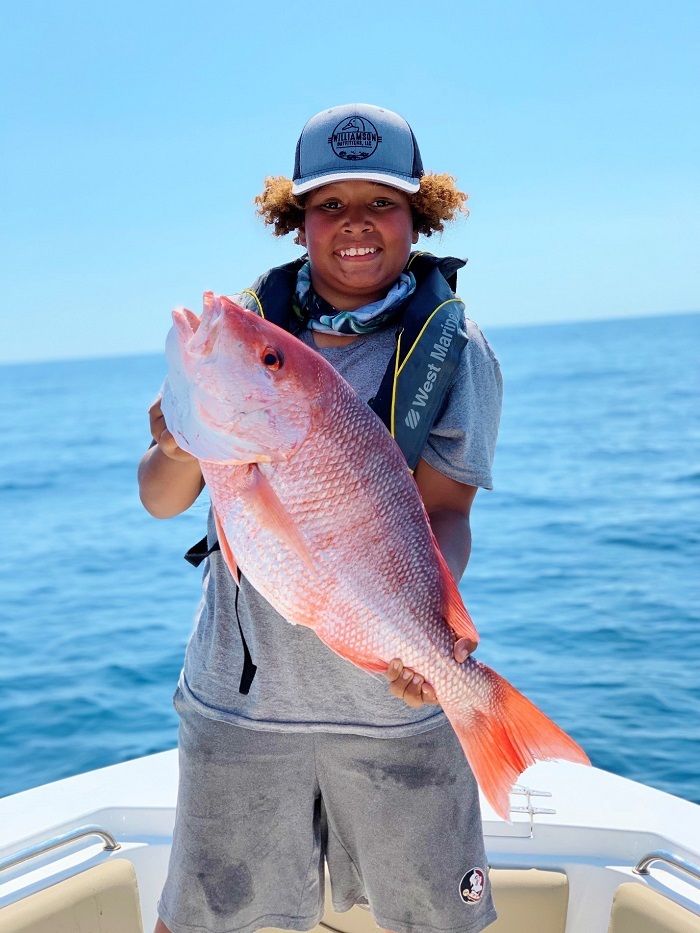 The recreational red snapper season will start June 4 in Gulf state and federal waters off Florida and remain open through July 28, closing July 29.

“We are excited about Gov. DeSantis’ recent announcement of this year’s 55-day Gulf red snapper summer season, it is one of the longest we’ve had since the FWC began managing the season in state and federal waters,” said FWC Chairman Rodney Barreto.

For-hire operations that do not have a federal reef fish permit may also participate in the season but are limited to fishing for red snapper in Gulf state waters only.

If you plan to fish for red snapper in any state or federal waters off Florida from a private recreational vessel, even if you are exempt from fishing license requirements, you must sign up as a State Reef Fish Angler (annual renewal required). Sign up at GoOutdoorsFlorida.com. To learn more, visit MyFWC.com/SRFS.

State Reef Fish Anglers might receive a questionnaire in the mail regarding their reef fish trips as part of Florida’s State Reef Fish Survey. These surveys were developed specifically to provide more robust recreational data for management of red snapper and other important reef fish, and have allowed FWC the unprecedented opportunity to manage Gulf red snapper in state and federal waters. If you receive a survey in the mail, please respond whether you fished this season or not.

When catching red snapper and other deep-water fish, look out for symptoms of barotrauma (injuries caused by a change in pressure), such as the stomach coming out of the mouth, bloated belly, distended intestines and bulging eyes. When releasing fish with barotrauma, use a descending device or venting tool to help them survive and return to depth. Learn more at MyFWC.com/FishHandling.

To learn more about the recreational red snapper season in Gulf state and federal waters, including season size and bag limits, visit MyFWC.com/Marine and click on “Recreational Regulations” and “Snappers,” which is under the “Regulations by Species – Reef Fish” tab. Looking to keep up to date on Florida’s saltwater fishing regulations? Find them on Fish Rules App. Learn more at FishRulesApp.com or follow Fish Rules at Instagram.com/FishRulesApp or Facebook.com/FishRulesApp.

The Gulf federal season for for-hire operations with federal reef fish permits is June 1 through Aug. 2.