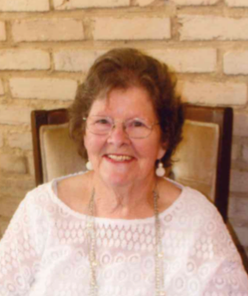 Angia Hinson Morris, 76, of Vernon, Florida, passed peacefully away at her home Friday, July 16, surrounded by her family.

Angia was preceded in death by her parents, James Arthur Hinson and Virginia Wells Hinson, and her sister, Carolyn Hinson Brown.

Angia was born with a servant’s heart on December 8, 1944, in the Washington County community of Hinson’s Crossroads.

In addition to being the heart and cornerstone of Morris Farms, Angia was active in the local school system, not only serving as PTO President for many years, but having also served eight years on the Washington County School Board.

Angia held many projects close to her heart, including the revitalization of Pleasant Grove Methodist Church and the preservation of local history. She is well known for her vital role years ago in restoring the long-dormant Vernon Historical Society, of which she served as President for many years.

Angia was also a lover of music, blessed with a talent for singing, as well as both playing and teaching piano.

In addition to serving others and the Lord, Angia enjoyed many hobbies, including gardening, sewing, flower arranging, cooking, traveling, and spending time with her beloved family. She also enjoyed pulling the peanut wagons at the family farm.

Visitation services will be held from 3 p.m. to 5 p.m. Sunday, July 18, at Obert Funeral Home in Chipley.

In lieu of flowers, donations can be made to the Pleasant Grove Church cemetery fund.

One Reply to “Morris obit”