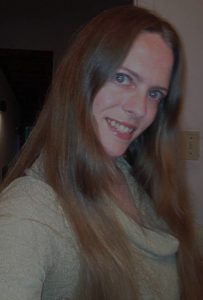 Marsha was born September 26, 1981, in Pensacola, Florida. Marsha, who came into the world nearly three months premature and weighing only a pound and 13 ounces, defied the odds with her fighting spirit, refuting those in the medical profession who said she would never make it. Marsha would go on to fiercely prove her naysayers wrong throughout the rest of her life.

Marsha was a trained actress, having performed first in productions at Chipley High School, Chipola College, Tallahassee Community College, and then at Tallahassee’s famed Mickee Faust Club. The Marsha Kent-Rodriguez Drama Scholarship has been established in her memory and will be awarded by her family each year to a graduating senior from Chipley High School who has excelled in the drama program.

She was also a YouTube personality, best known online for her “SheRod” persona, a companion to that of “E-Rod,” her husband, Eric Rodriguez. In addition to their partnership in Eric’s online hit series “The Blockbuster Buster,” Marsha and Eric were best friends and partners in all things, having been together in life and love for more than 20 years.

Marsha was a 2000 graduate of Chipley High School and received her Bachelor’s in History from Florida State University in 2015.

Her hobbies included enjoying several fandoms, including Star Trek, Nancy Drew, Buffy the Vampire Slayer, and Veronica Mars. She was a big fan of music, especially that of Reba McEntire and Joni Mitchell.

She is survived by her husband, Eric Rodriguez, of Tallahassee; her parents, James Burton Kent and Martha Bowen Kent of Cottondale, siblings Carol Kent Wyatt of Chipley and Jonathan Wesley Kent of Cottondale, as well as several aunts, uncles, cousins, nieces, and nephews.

She is also survived by her close members of Eric’s family: sister-in-law Coralis Rodriguez; father-in-law Ricardo Rodriguez and his wife, Iris Vargas; and mother-in-law Arlene Morales and her husband, Edgar Morales.

Marsha is additionally survived by her beloved, closest friend of more than 30 years, Kristin Clenney, and her special rescue cat, Scooter.