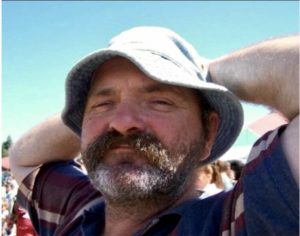 Lance E Teal 63, of Chipley, Florida passed from this life on December 29, 2022, at his residence surrounded by his loving family.

Lance was born on October 31, 1959, in Osceola, Missouri to Lev Everett and LaJauna Beth (Smith) Teal. Lance loved adventure and all that the world encompasses. Lance was also a dual citizen living in New Zealand spending more than 17 years there. During this time he was married and his son Takoda was born. His adventurous spirit lead to a life full of experiences that he was proud of and memories he held dear to his heart. From walking the sands of the Australian Desert, to canoeing the rapids of the Missouri River, to building a cabin in the breathtaking Cascade Mountains of Oregon with his own two hands. Lance loved the mountains, camping, fishing and was truly an adventurer at heart. But even more than all of his accomplishments and adventures throughout the years, the love he had for his family surpassed all else.