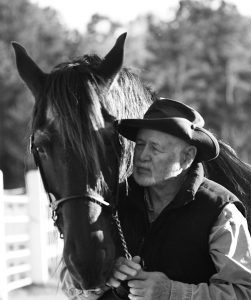 Christian “Chris” Koch was born in Jackson, MS in 1935 to Charles Herbert Koch and Frances Marie Hastings Koch. Eight years later, he was joined by his younger sister Connie. They grew up in a small, loving, close-knit rural community reminiscent of Mayberry, during the Great War.  Chris often spoke lovingly of his idyllic childhood.  Even as a boy, he had a strong faith in God. Once while playing beneath the house with his sister, he ran out screaming SNAKE! When his mother asked WHY he left his baby sister with the snake, Chris replied, “Jesus will protect her!”

Chris attended Southern Missionary college and fell one semester short of obtaining his degree in structural engineering due to shenanigans that today are commonplace even in strict Christian colleges! Despite this lapse in judgement, he had no trouble landing a job at Mississippi Steel, and several years later at Complex.  He was particularly proud of two large jobs: figuring the concrete for the Jackson airport and the Slidell Bridge.

Chris met and soon married his first wife and mother of his two children, Carolyn Marie Lawrence, in 1958.  Chris and Carolyn were both energetic and adventurous.  They loved camping, boating, waterskiing, canoeing, and hiking with their equally adventurous children.  The family became avid backpackers.  Some years later when their children were preteen, and following a back injury, Chris couldn’t tolerate bending over a drafting table all day and he began driving 18 wheelers.  He first began driving for Little Debbie, and later for Crete Carrier Company.  Chris achieved many safety and several Million Mile awards.  Carolyn went on numerous cross-country trips with him, and they had many outdoor adventures and hikes in state and National Parks.  Chris has been to every state except Alaska.

He and Carolyn moved to Greeneville, TN in 1983 and purchased a home with a swimming pool in a beautiful pastoral valley, and then a Jeep.  For 21 years, they spent almost every summer weekend exploring (“Jeeping”) old logging roads and having friends & family over to swim, feast, and make homemade ice-cream.

In 2002, Chris and Carolyn moved to the Florida Panhandle to be near their daughter. There they enjoyed kayaking, floating the river, riding jet skis, beach walks, and annual backpack trips to TN & VA. They joined a small country church they loved, and they spent much time with family. Carolyn sadly began showing early signs of Alzheimer’s when she was only 64 years old.  She spent her last three years in Chautaugua Nursing home, a few miles from their home.  Chris visited her every day, fed her meals, and wheeled her out into the sunshine & garden area. She died in January 2012.

Chris sank into a deep despondency following Carolyn’s prolonged illness and death. His heartbreak did not heal with time.  His daughter secretly created him an account on Christian Mingle and screened/discarded dozens of interested women.  Then God led her to Ruth Johnson the very day before Ruth planned not to renew her account. The rest is history! Chris began dating this beautiful woman of God with her big smile, keen intellect, creativity, humor, and sparkling eyes.  His zest for life returned as he and his family fell in love with Mom Ruth.  Within a year, they wed in a deeply sacred ceremony.

Chris and Ruth enjoyed eight wonderful years together.  Ruth also has an adventurous spirit. They enjoyed kayaking, hiking, swimming, and they had a very active social calendar and many, many friends.  Ruth is highly creative.  She designed the landscaping when they moved from Leisure Lakes to Chipley, and they set about turning a sandlot back yard into a garden/outdoor living space worthy of a feature in Better Homes & Gardens.  Ruth is a spiritual, Godly woman.  She has been instrumental in bringing Chris and his family much closer to God.  The pair were led to an incredible church family at Discover Life in Wausau.  This church truly functions as a family.  Chris and Ruth became vital, important members of their church. Chris and Ruth were constantly helping others, taking meals to shut-ins, giving generously of their time and money to those who needed assistance.

Chris was quiet but strong, a thoughtful man with a keen sense of humor.  He loved God and he loved his family.  When Chris had your back, you didn’t have to worry.  He would protect those he loved or die trying.  Chris was a loving son, a good and faithful husband, a wonderful father, a great brother, uncle, cousin, and friend. Chris is survived by his wife Ruth, his children Bobby Koch and Micki (Mike) Glenn, and sister Connie (Preston) Jones. Chris deeply loved Ruth’s daughter Jen (Doug) Carlisle, her daughter Mandy (Andrew) Longo, and especially his ‘Reds,” Kinsley & Kayleigh. Chris will be deeply missed by all who knew and loved him. He made a difference in many lives.

Chris’ Memorial service will be held at Discover Life Church, 3493 Washington St., Wausau, FL at 2:00 p.m. on Friday, July 15.  Pastor Mack Glover has kindly agreed to have it live-streamed so that those unable to attend may still be with us.  The livestream will be through Discover Life’s FB page.