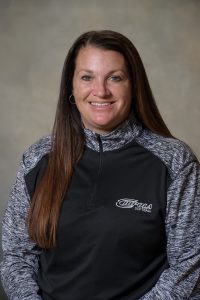 In 18 seasons at Chipola, Coach Hendrix’s teams have won the National Championship three times (2007, 2015, & 2019) and have finished runner-up twice (2016 and 2018). The Lady Indians made their sixth consecutive national tournament appearance this year and their ninth appearance overall at nationals.

Chipola Athletic Director Jeff Johnson said, “It’s a sad day for Chipola, but a great opportunity for Coach Hendrix. Our goal is to prepare student-athletes to go on to the next level; now, one of our coaches has proven that she is ready for the next level as a Division 1 coach.”

Known for her tireless coaching style, Hendrix also brought national recognition to the Chipola softball program hosting games with Division 1 universities such as FSU and even hosted the Chinese National Team. She also brought big name celebrities to the campus for camps and clinics, including superstar Jennie Finch and U.S. Olympic players Cat Osterman, Kelly Kretschman and Caitlin Lowe.

Hendrix has coached numerous All-Americans, All-State and All-Conference players, including Amy Woodham, the 2019 NJCAA National Female Athlete of the Year.

Coming off a 2019 national championship, Hendrix and her assistant Kelly Brookins, were named the 2019 NFCA NJCAA DI National Coaching Staff of the Year.

For the latest information, visit www.chipolaathletics.com.