Chick Chain 4-H Club members are learning how to raise baby chicks to laying age in the Chick Chain 4-H Club. At their first club meeting, they learned how to set up a brooder box for chicks. They also learned basic care like the correct protein levels in feed, the importance of water, and how to regulate temperature in the brooder.

Three days later, 72 baby chicks arrived at the Chipley post office from Hoover’s Hatchery in Iowa. After the chicks were warmed up, fed, and watered, 4-Hers were notified to come pick up their chicks. Each 4-Her took home four chicks, put them in their brooders, and began caring for them.

At future 4-H club meetings, they’ll learn to name the parts of their chicks and chickens, identify different types of feathers, egg anatomy, and how to incubate fertile eggs. They will also learn how to prepare their chickens for show and how to exhibit them for poultry showmanship.

In February, 4-Hers exhibit their chickens and participate in showmanship at the Washington County Youth Fair. In March, they’ll join over 90 4-Hers from Escambia to Jefferson counties for the UF/IFAS Extension Northwest District 4-H Chick Chain Show.

The 4-H Chick Chain project officially runs from September through March with the show as its culminating event. But because this is a production project, 4-Hers will have raised laying hens who provide eggs for their families. An average hen lays around 250 eggs a year for two-three years. 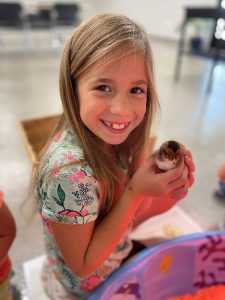 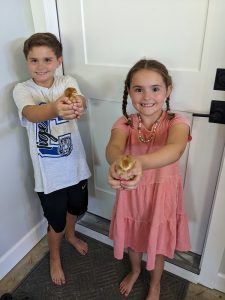 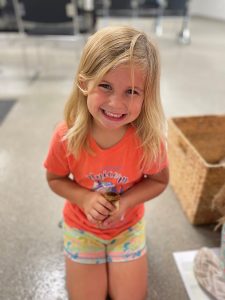