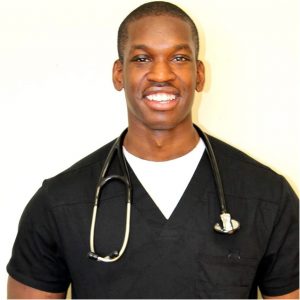 William Benjamin Carswell, 36, a Nurse Practitioner with family roots in Graceville, Florida, and Slocomb, Alabama, passed away unexpectedly on Thursday, May 13, 2021, in Orlando, Florida.  His loved ones were by his side.

William became a Certified Pharmacy Technician and considered a career in Pharmacy, before deciding to follow in his mother’s footsteps and become a Registered Nurse. William worked as a Registered Nurse at Orlando Regional Healthcare; a Nurse Practitioner at NuMale Medical Center in Orlando; and as a Nurse Practitioner at Men’s Health in Boston, MA.  During his education, William developed a keen interest in hormone therapy and would dedicate his professional life to helping those who wanted to improve their bodily health and wellness.

Throughout life William enjoyed swimming, competing at the championship level in middle and high school, and going on to coach fellow athletes training for marathons while in college.  Despite his love of sweets and dining out with friends, William was also a gym enthusiast.  William made a home for himself in Orlando, cultivating lifelong friendships, traveling, and enjoying life.

Known for his tall stature, kind heart, quirky sense of humor, and warm smile, William will be remembered by all who knew him as a bright light and a constant friend.  He inspired those around him to treat others kindly and to strive to be their best selves.