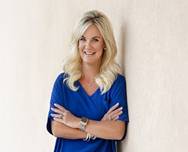 The Jackson Hospital Board of Trustees announces Brooke Donaldson of Marianna as the upcoming Chief Executive Officer beginning July 1. Mrs. Donaldson will assume the role as the current CEO, Jim Platt, retires home to Iowa after serving Jackson Hospital for over four years.

Mrs. Donaldson graduated from Marianna High School and continued her education by obtaining an Associates of Arts Degree from Chipola College, Bachelor of Science in Human Resource Management from Florida State University and a Master of Science in Health Administration from The University of Alabama at Birmingham.

A longtime member of Jackson Hospital’s Senior Leadership Team, Mrs. Donaldson began her career at Jackson Hospital in 1997.  She is married to John Donaldson and has two sons, Blake and Brady.  She is an active member of the Marianna community, as Donaldson is Immediate Past President of Chipola College Foundation Board, a member of The First United Methodist Church and has served on the Chamber of Commerce Board of Directors.

Keith Williams, Chairman of Jackson Hospital Board of Trustees, commented, “Brooke has served the hospital and the community extremely well for over 23 years already. With Brooke at the helm as the new CEO, the future looks bright!”

One Reply to “Brooke Donaldson named CEO of Jackson Hospital”