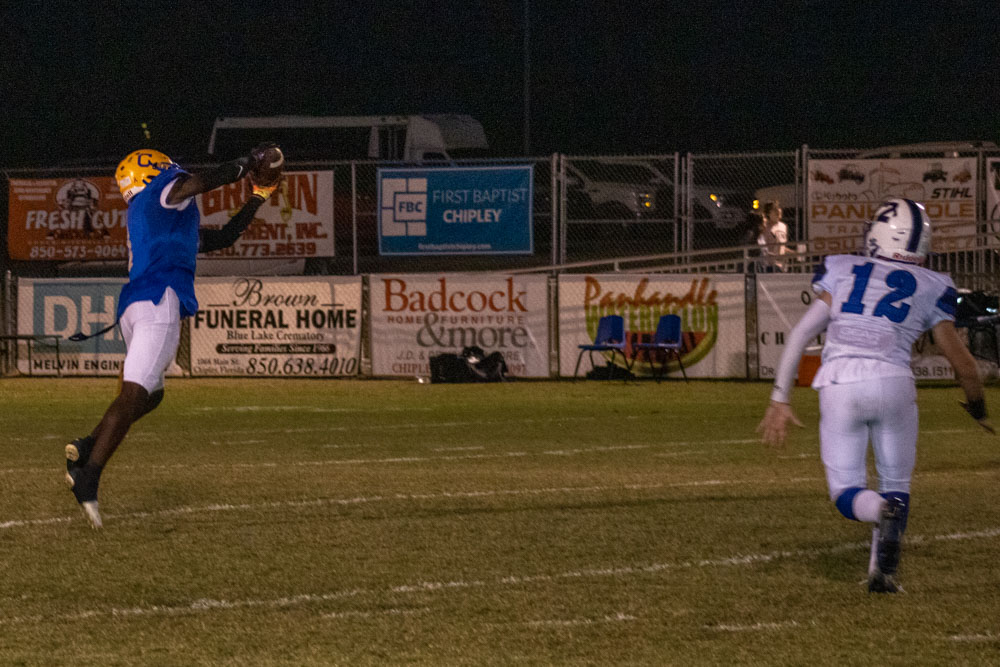 Velma Maurine Powledge Hayles, 98, of Marianna, passed away peacefully at her home on Wednesday, January 27.

She was born on January 12, 1923, in Dallas, Texas to Andrew Franklin Powedge, Sr. and Lillie D. Wallace Powledge. She moved to Mobile, Alabama, as a child and attended Barton Academy and graduated from Murphy High School. Velma was a sister to Dorothy Powledge Jones, Martha Powledge Richards and Andrew Franklin Powledge, Jr. She married Herbert Leslie Hayles upon his return from World War II, and moved to Marianna in 1945 when Herbert joined his father-in-law and brother-in-law in business at Powledge Seed and Supply Company.

Velma was a homemaker and volunteer. She was a strong Christian who lived out her faith through her many volunteer endeavors which included the Guardian Ad Litem Program, the American Red Cross, Jackson Hospital Auxiliary, Jackson County Chamber of Commerce and the literacy program at the Jackson County Library. She was a 76+ year member of First Baptist Church where she volunteered  in the library.  She had a special place in her heart for veterans and spent many hours helping families of service men and women during the Vietnam War.

She was predeceased by her husband, parents, siblings, and son-in-law, Mike Settles.

A graveside service will be held for family and friends Saturday, January 30, at 10:00 am at Pinecrest Memorial Gardens, Caverns Road, Marianna with James & Sikes Funeral Home Maddox Chapel directing.

In lieu of flowers, the family request donations be made to the Florida Baptist Children’s Home, P.O. Box 8190, Lakeland, Florida, 33802, www.FBChomes.org, in her memory.